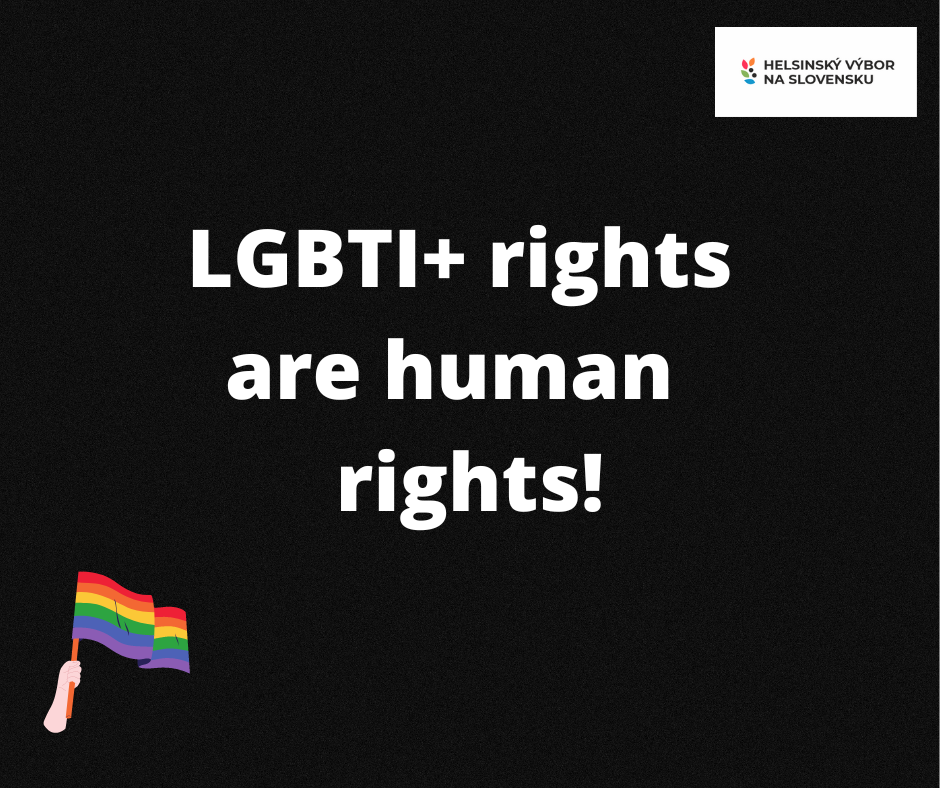 Helsinki Committee for Human Rights in Slovakia condemns the murder of two young people in Tepláreň bar on Zámocká street in Bratislava. We express our sincere condolences to the families and loved ones of the victims.

According to available sources, the motif of the attack was hatred towards the LGBTQI+ community. We could recently observe a growing level of hatred aimed at this very community, including even the political representatives. Defamatory words, stigmatizing statements, attempts to prohibit the use of rainbow flags on state institutions. All the mentioned manifestations of intolerance, which we have ignored for a long time, have led to the murder of two innocent young people.

Helsinki committee calls for tolerance towards the LGBTQI+ community and all other minorities in Slovakia. This act, as any other manifestations of hatred towards minorities is contrary to the respect of human dignity and is therefore a violation of human rights. Hatred and intolerance have always led to historical tragedies and that is why we can no longer keep disregarding them in Slovakia.

The rights of the LGBTQI+ community are human rights.