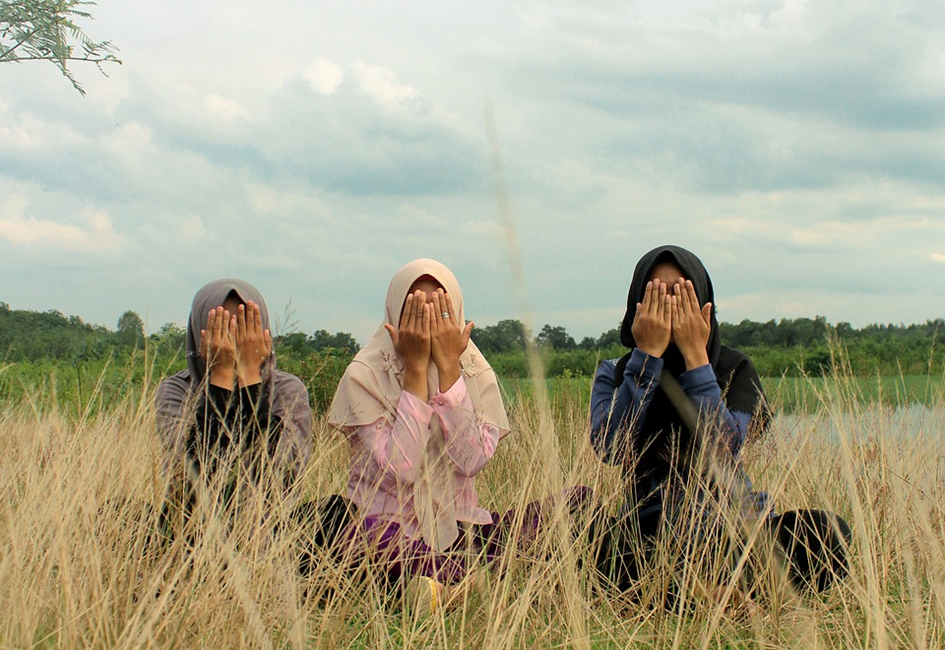 NEWS FROM AROUND THE WORLD

Protests erupt in Iran after the death of a young woman. Government responds with violence

A 22-year-old Iranian Kurdish woman, Mahsa Amini, is arrested by the morality police for wearing her hijab improperly. According to the witnesses, she was brutally beaten in a police car and later taken to hospital, where she died three days later. Such incidents are common in Iran, which is why the Iranian public decided to take to the streets to protest against the repressive rules. The protests have been harshly repressed by the government from the start. In fact, the security forces have not been deterred by practices such as the use of firearms, tear gas or water cannons. The riots have already left more than 30 dead and hundreds injured.

Belarusian activists need international help. The authorities are conducting fabricated trials against them

The human rights situation in Belarus is alarming. Most recently, the Belarusian authorities are conducting fabricated trials against members of the human rights organisation Viasna. Three senior members are already serving 14-month prison sentences for alleged tax fraud. In addition, they face a 12-year sentence for alleged money laundering and financing group activities that were intended to seriously disturb public order. However, Viasna is not the only organisation facing similar difficulties. Last year, the authorities suspended the activities of the human rights organisation Human Constanta and blocked its website. A member of this organisation was recently sentenced to a further 15 days’ imprisonment, while her requests for legal aid, medical care, and warm clothing, which are guaranteed to every human being under international law, were refused.

Russian citizens do not agree with the mobilization. Their protest has met with the resentment of the Putin´s regime

Russian President Vladimir Putin has announced a partial mobilisation. The reaction to his announcement was spontaneous protests across the country. However, the police have used excessive force on protesters in the form of beatings with batons, strangulation and there are reports of the use of firearms. The Russian security forces have thus violated the right of citizens to protest peacefully. More than 1 300 demonstrators have been detained so far. The mobilisation and subsequent repression are therefore just another attempt by Moscow to change the course of the illegal invasion of Ukraine.

A report by the United Nations High Commissioner for Human Rights explains how the human rights and freedoms of the Uighur minority are being systematically violated in the Xinjiang region of western China. Members of this group are being detained and taken to ‘re-education camps’ designed to re-educate them. There are serious violations of human rights and freedoms. Uighurs face inhumane practices such as torture, forced sterilisation and sexual violence. Moreover, the minority is not allowed to practise their faith in the camps. Many Uighurs have therefore fled the country. Nevertheless, they are still afraid to talk about their testimonies because of the possible threat to their relatives and acquaintances who are still living in China.

Hungarian women activists show their steadfastness. They organise a march for the rights of lesbians

Hungarian lesbian activists are preparing a second DykeMarch, scheduled for the first of October. The march will mark the end of the Lesbian Resistance conference in Budapest. The conference is being organised at a time when the lesbian community in Hungary is under attack from state institutions. In February, a Hungarian appeals court ruled against the Labrisz Lesbian Association, which had filed a lawsuit against a pro-government newspaper. The reason was the equation of their lesbian activities with paedophilia. Moreover, in June 2021, Budapest criminalised the showing of any content depicting or promoting homosexuality to children. The conference may therefore send a clear signal to the government that lesbian resistance is strong and will not be silenced.

We commemorate one of the cruellest anti-Jewish laws in Europe. The Jewish Code was introduced 81 years ago.

The Jewish Code was issued on September 9, 1941. It contained many discriminatory regulations against citizens of Jewish origin. Perhaps the most famous measure was the order to wear the Star of David. Among other things, Jews had to perform forced labour, pupils and students were excluded from schools, and the transfer of Jewish property into the hands of Aryans was permitted. Among the most drastic measures was the so-called “Final Solution of the Jewish Question.” This was a plan for the systematic extermination of the Jews which included deportations to concentration camps. The total number of Holocaust victims in Slovakia is estimated at 70 000.

A conference on Interdisciplinary Aspects of the Status of Transgender People in Society was held at the Faculty of Law of Comenius University on 22 September. The discussion was attended, inter alia, by the Office of the Public Defender of Rights who presented her long-term activities to protect the rights of transgender people in Slovakia. The activities of the former ombudsman Maria Patakyova were also mentioned. She had repeatedly called for respect for the case law of the European Court of Justice. In particular, she spoke about the introduction of guidelines permitting gender reassignment without castration. Such expert guidance was adopted by the Ministry of Health in April this year but was soon withdrawn because of the disagreement of some Members of Slovak Parliament. The Ministry of Health has promised to work on creating medical standards for transgender people that would be in line with their human rights. However, to this date, the situation remains unchanged.

The Slovak National Centre for Human Rights co-organised a meeting of European experts on economic and social rights in Bratislava.  The main subject of the discussions was the new challenges in these areas. In particular, the focus was on strengthening cooperation between national human rights institutions and civil society organisations in the field of social rights. The meeting was preceded by a meeting of the European Network of National Human Rights Institutions. It dealt with a discussion on the role of NHRIs in crisis situations such as the war in Ukraine or the climate crisis.