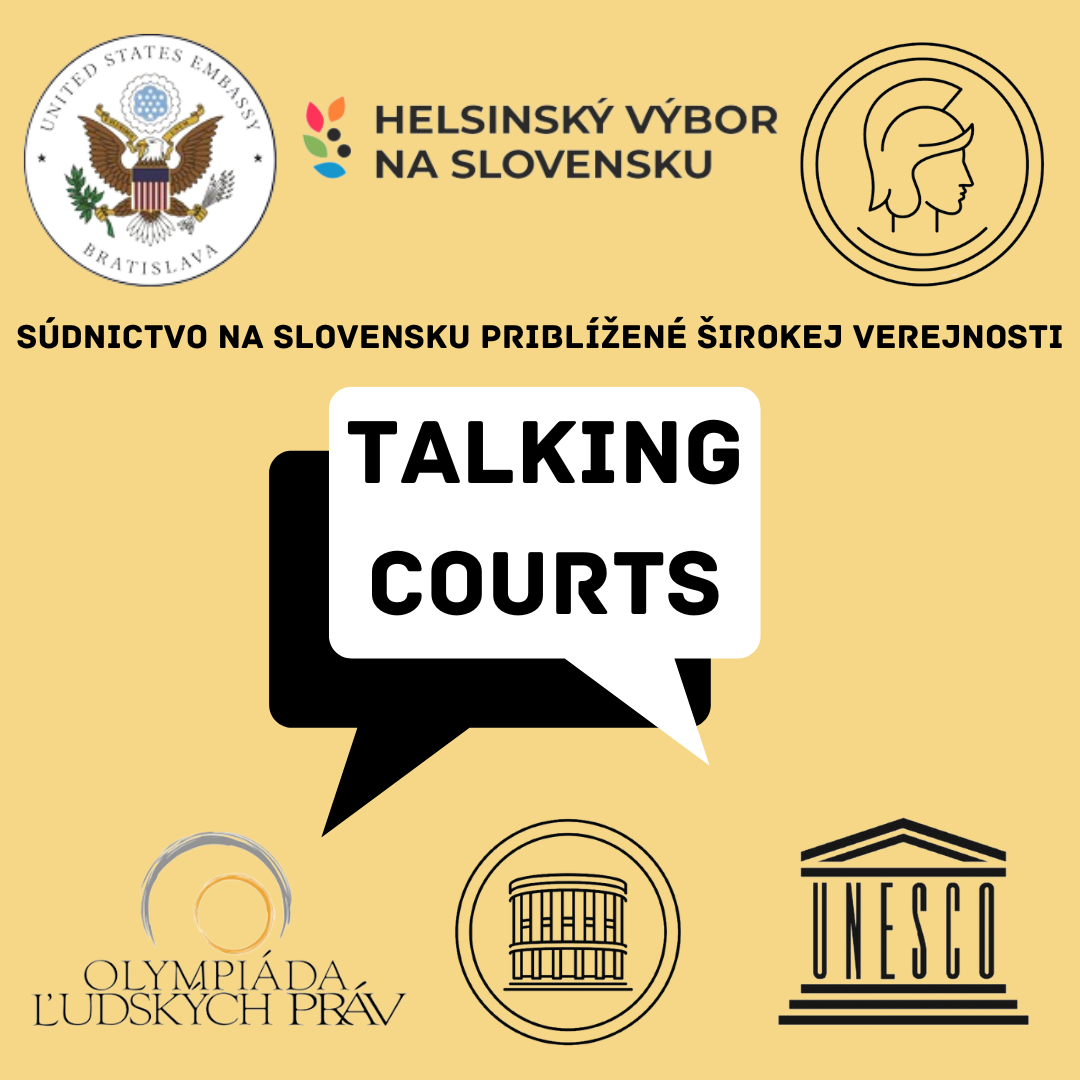 Through a platform for an official and unofficial interaction between judges and other ‘court insiders’, as well as through the distribution of education materials for university students about the role of the judiciary in democratic regimes, Talking Courts aims to raise awareness of judges as public officials and key participants in modern democracy. Even though courts are often considered isolate, they have a substantial impact on democracy.

Discussions will be primarily aimed at Slovak audiences. However, the project provides space for comparative views from other democracies, particularly the US, but also India and other jurisdictions. The goal of the project is to demonstrate the connection of legal experience from around the world, including countries outside of the EU or the West. We will collaborate with the Comenius University, Slovak Human Rights Olympics and the UNESCO Department of Human Rights Education of the Comenius University in Bratislava on this project.