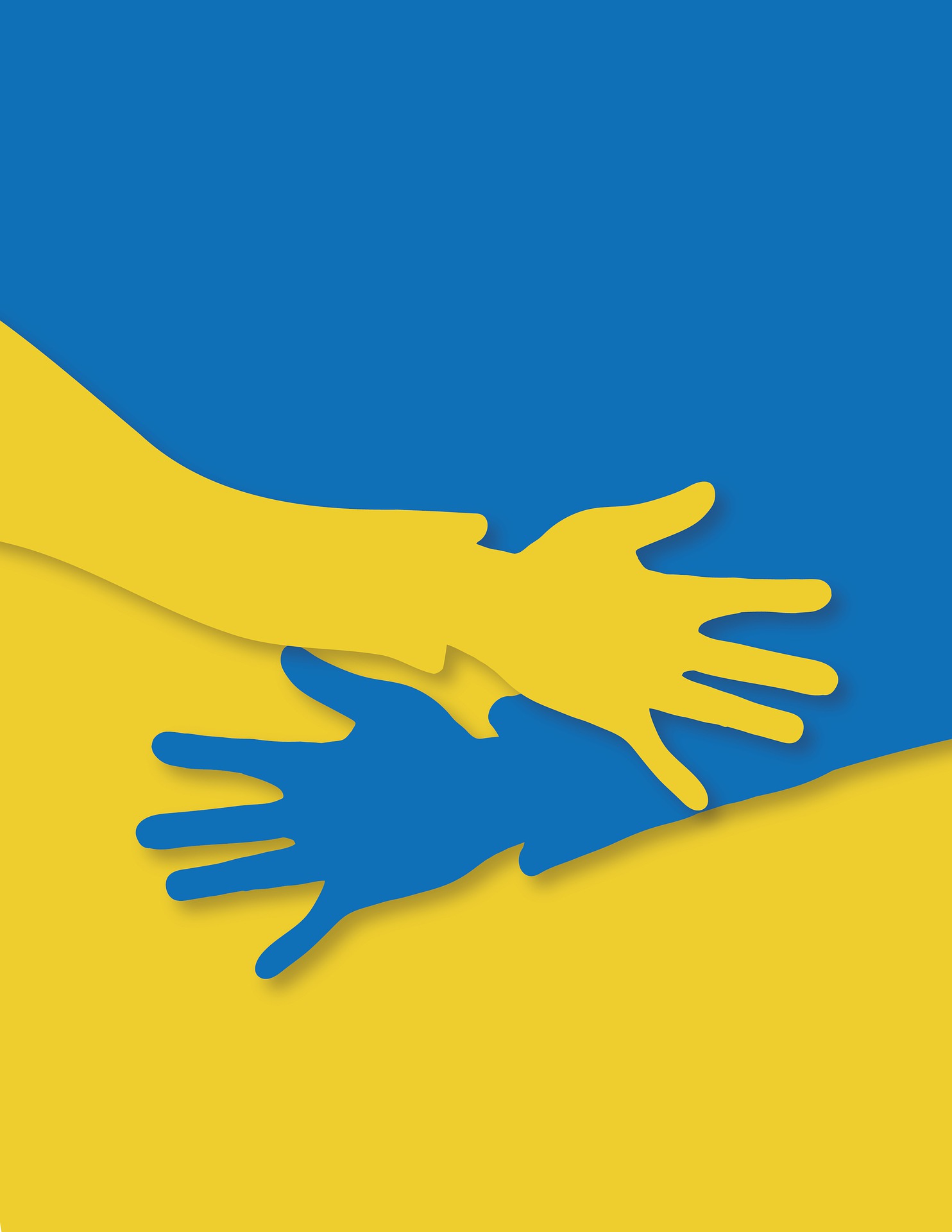 The wave of solidarity right from the beginning of the war was astounding and truly heartwarming. Non-governmental organizations together with countless volunteers stood ready at the border to welcome in thousands of fleeing Ukrainians – mothers, children, elderly people with hot tea and perhaps some words of encouragement and admiration for their immense bravery. Even individuals who had an extra room to spare, extra clothing and food to donate or financial support to provide did so. Most importantly, this kind of solidarity and support is a continuous phenomenon. Even though many people have moved on and may have even forgotten the war is still happening, the support remains strong.

In the midst of chaos and violence occurring to the east of the Slovak border, responses have varied across the board. The people of Ukraine have been experiencing war for the past five months and have called out to nations across the globe to help in a time of crisis. Naturally, many nations responded immediately, with Slovakia being no exception, but that has not brought a guarantee of de-escalation. Even though with this situation, it is difficult to see the light at the end of the tunnel, people must keep in mind that the positive response and wave of solidarity with Ukraine gives hope and shows that human decency is not lost.

American political scientist and former US Assistant Secretary of Defense for International Security Affairs Joseph Nye said the best and likely oldest lesson learned from the Ukrainian conflict is that war is unpredictable. Every step is in the hands of politicians, interest groups and other individuals with power which goes to show that actions occasionally pose a larger threat than actual weapons, in the hands of the military. The war in Ukraine as any other world conflict has shown how lacking the level of democracy, freedom and peace is in the world. Most importantly, the current situation has posed a threat to human rights which are regarded so highly by our society and yet, somehow very often violated. During the ongoing conflict in Ukraine, the UN has reported thousands of civilians being injured or killed, civilian infrastructure and housing being destroyed, people being kept in arbitrary detention without due process and some even disappearing. Others have been tortured or became victims of sexual violence. Such human rights violations show the situation is dire as the Russian invasion intensifies, and what becomes more apparent is that Ukraine will be needing international aid and support more than ever before. That is why, in order to keep hope and morale up in the world, it is also important to remind people of the overwhelming support and expression of solidarity that came as a response to the crisis and has continued to flow in.

As tensions between Ukraine and Russia rose, neighboring countries including Slovakia were prepared, and are still ready to provide help when needed. Halfway through February, Slovakia sent two mine clearance systems known as Božena 5’s and medical supplies worth 1.7 million euros to Ukraine. Coming up to five months of the ongoing conflict, Slovakia had provided Ukraine with defense equipment worth 154 million euros. So many people have shown that in times of true fear and terror, there must be hope. It is important for Slovaks to keep track of all the help still being provided.

Many organizations from the third sector are still actively pursuing a goal of freedom, safety and sovereignty for our neighbor and providing help where they can. Denník SME published a list of some organizations such as Človek v ohrození, Integra Foundation, SME SPOLU, Caritas Slovakia, Mier Ukrajine and more that have been collecting money, food supplies, water, clothing, medical supplies and toiletries to help fleeing mothers with children, elderly people, and students, all experiencing extremely difficult times and are simply in search of a new beginning. It is easy to forget that something of such magnitude as the war in Ukraine is happening when we as Slovaks have not been forced out of our homes and had our rights violated repeatedly. However, precisely because it is easy to turn the other cheek and let events escalate, we must remind the Slovak people and government of the situation and maintain a stance of hope and support. Otherwise, there is no point in having a functional democracy and a set of human rights which allow people to live a free and dignified life.

Not only do people then better understand the idea of human rights and how they are being violated, they also realize that maintaining human rights is the most basic and necessary state all human beings deserve to obtain. Even though many media outlets have stopped reporting on the continuous wave of support coming to Ukraine, we are here to remind people that hope and solidarity are not lost on us, and that we still have respect for human dignity.