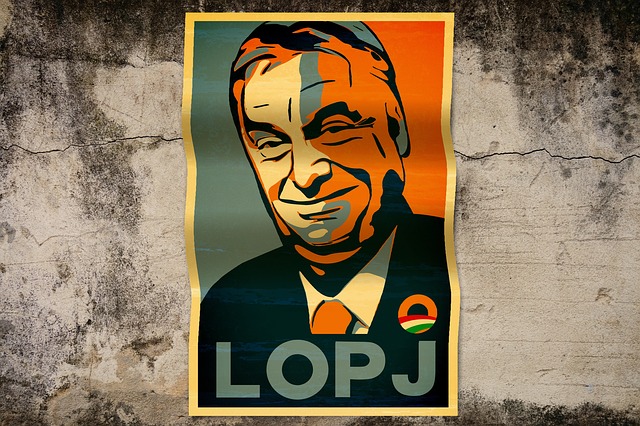 The European Union (EU) institutions have long viewed events in Hungary with distaste. So far, however, they have not intervened. On Thursday, MEPs agreed that the country can no longer be called a full democracy.

Due to the violations of the rule of law, MEPs have declared the political system in Hungary an ‘electoral autocracy’. A system in which elections do take place but cannot be described as fair. The last elections in the country took place in the spring of this year. For the third time in a row, the Hungarian party Fidesz, led by Viktor Orbán, won. However, before the elections took place, the turnout was already clear to many of the analysts.

LACK OF MEDIA FREEDOM DURING ELECTIONS

The Orbán government has long been mentioned in the context of restrictions on freedom of expression and media pluralism. Restrictions were also visible during the election campaign. While Viktor Orbán’s speech was broadcast over nine times on state television during the national holiday. His political opponents were only given five minutes in the debates to present their programme. The rest of the media space given to Orbán’s challengers was devoted to distorting their statements and campaigning against them.

STOPPING EU FUNDS AS A GUARANTEE OF THE RULE OF LAW

Academic freedom, the independence of the judiciary and the high level of corruption are also debatable. Indeed, the EU has repeatedly expressed concern about Hungary’s lack of action against corruption. For this reason, the European Commission has stated that it is considering suspending money to Budapest. It should be EUR 7.5 billion. The Commission is concerned about the problematic redistribution of funds that could go directly to people connected to the Prime Minister. “We cannot conclude that the EU budget is sufficiently protected,” said European budget commissioner Johannes Hahn.

THE COMMISSION IS GIVING HUNGARY A SECOND CHANCE

Nevertheless, a halt in funding is not certain. Since June, Hungary has been negotiating with the EU on changes that could avoid these measures. The Commission has given the country two months to implement 17 anti-corruption measures. These include, among other things, the introduction of two new anti-corruption bodies. As Euractiv reported, NGOs operating in Hungary have expressed concern about the possible non-compliance with the commitments. The NGO sector has not been consulted on the proposals.

That said, EU Member States still have the final say. They can decide to suspend the money from the EU funds independently of the Commission’s decision.

So what could the following procedure look like? After the two-month deadline, member states will vote on the sufficiency of Hungary’s reforms. For a country to receive money, a qualified majority must vote in favour of the proposal. That is to say, at least 15 countries whose population represents at least 65 percent of the EU. If the vote goes against Hungary, it could lose up to 65 per cent of the funds from the three EU programmes.

The Hungarian leader should therefore use these two months to think about what position he wants for his country in the future. After a long period of inaction, the EU institutions have finally raised an imaginary warning finger in the form of finances, which are still very important to Orbán. Even more important than the rule of law. Finances can therefore be a useful tool for making the system in Hungary democratic again. However, we will have to wait for the outcome.