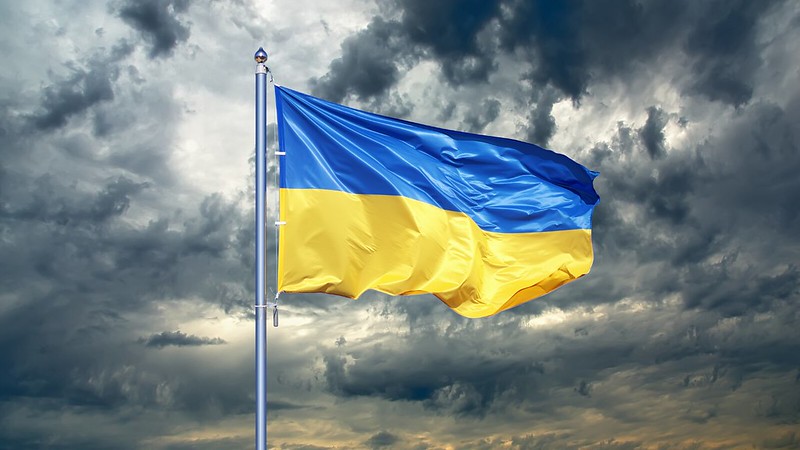 NEWS FROM THE WORLD

Ukrainian Parliament ratified the Istanbul Convention which addresses domestic violence and violence against women. Some changes to the Criminal Code of Ukraine on domestic violence were adopted in 2016. By ratifying this convention, Ukraine emphasizes its determination to combat and prevent gender-based violence, especially in the wake of allegations of sexual violence in Russian-occupied territories. Prompt implementation of the Convention could, inter alia, facilitate the persecucion of war atrocities perpetrators.

The Supreme Court of the United States reversed nearly 50 years old precedent from Roe v. Wade case. Thanks to this precedent, pregnant women were entitled to an artificial abortion during the first trimester of pregnancy. Individual states are now given a free hand to any abortion laws they prefer. Howerer, right to abortion is guaranteed by the right to life, privacy, security, and nondiscrimination. Despite this fact, more than 20 states in the USA have already adopted measures to limit abortions.

One step closer to equal society: same-sex marriages have become legal in Switzerland and Slovenia

The Constitutional Court of Slovenia ruled in favour of unconstitutionality of the ban on same-sex marriages. Slovenian ‘s parliament is now ordered to amend the law within six months. Ľubľana is the first former Yugoslav republic to support marriage equality with the right to adopt children by the same-sex couples. Similarly, the law on same-sex marriages was adopted in Switzerland following the referendum in 2021. Couples will not only gain the right to get married but also adopt children or seek fertility treatments. There are currently 32 countries who are in process of legalizing same-sex marriages. Czech Republic is one of them.

Afghan girls have been out of school for more than 300 days following the Taliban’s ban on secondary education for girls. Despite the Taliban´s pledge to reopen schools in September 2021, girls are still not allowed to attend classes. The Human Rights Watch warns that non-access to education will have devastating consequences for girls and the country’s future in general. Several campaigns have been launched in order to bring Afghan girls back to school without any tangible results so far.

Decline of LGBTQI rights in Europe? Mass arrests in Turkey and Hungarian ban on LGBTQI content

Despite a ban on rainbow marches in Turkey, the LGBTQI Pride took place in Istanbul on 26 June. Several people were arrested in Izmir and Ankara. Moreover, human rights activists have also raised concerns about the LGBTQI rights in Hungary and Romania. New legislation was passed in the hungarian national assembly which bans the dissemination of LGBTQI related content in schools and  TV shows. The European Commission is taking legal action against Hungary at the European Court of Justice. The situation of LGBTQI community is similar in Romania. Bucharest drafted a bill that would censor promotion of LGBTQI related content in schools and public places.

Presidential election took place in Columbia. Leftist candidate Gustavo Petro won elections with his running mate Francia Márquez, the first Afro-Colombian female Vice president. Marquez is an environmental activist whose campaigns have long struggled to improve the environmental conditions in Colombia. The new Vice president has vowed to reduce gender inequalities and promised support to ethnic minorities under the administration of the new Ministry of Equality. Following her plans to promote social justice and women’s rights, Márquez will likely be given the mandate to work on policy addressing the human rights conditions of Colombians.

Belorussian struggle for justice: another journalist sentenced for alleged treason

Belarusian journalist Katsiaryna Andreeva was found guilty of treason. Already serving a two-year sentence for “organizing activities violating public order”, the young journalist was given an additional 8 years punishment. The district court in Minsk sentenced Andreeva for live-streaming the mass protests in November 2020. The European Federation of Journalists calls on the European Union to adopt measures that would repeal Belarusian treason charges.

Another British exit: government wants to replace the European Convention for Human Rights

Boris Johnson´s government has unveiled plans to withdraw from the European Convention on Human Rights (ECHR). ECHR should be replaced by an already enacted Bill of Rights. UK courts would have the ultimate say over human rights issues. Concerns about human rights in the UK have grown ever since, particularly after the UK attempted to deport refugees seeking asylum to Rwanda. Lawyers and rights groups warn that withdrawing from ECHR would increase the untouchability of the British courts, particularly its non-compliance with judgements of the European Court of Human Rights.

The Integration Center for people in need was opened in Košice.  The purpose is to facilitate and assist people fleeing the war in Ukraine. This unique project brings together 9 organizations and emphasizes the need for long-term assistance to foreigners in the integration process. The main objective of the Integration Center is to provide professional social, psychological, and legal aid, and consultant services for families and individuals. Moreover, the free helpline and email address are also available to foreigners seeking help.

Limiting the rights of LGBTQI community: Slovak MP proposed banning the use of rainbow flags in state institutions

Coalition MP Györg Gyimesi (OĽANO) proposed an amendment of the law on national symbols. According to this proposal, the state authorities and schools would be prohibited to place any symbols of movements, communities, ideologies, and organizations promoting different types of sexual orientation. Gyimesi submitted the draft amendment without the consent of other coalition members or his political party OĽANO. The proposal was drafted with the support of opposition MP Tomáš Taraba. Prime Minister Eduard Heger called on Gyimesi to withdraw the proposal since this amendment could polarize society on the sensitive issue of sexual orientation and limit the rights of certain minorities.

The former Public Defender of Rights Mária Patakyová confirms several children´s rights violations in a psychiatric hospital in Hrani. The SME newspaper reported alleged inhumane treatment back in 2020. After further investigation, SME released new testimonies from former hospitalized patients. It included denial of contact with parents, behavior-based rewards, poor sanitary conditions, and inappropriate treatment by the staff. Patakyová pressured the hospital to immediately improve the treatment of their patients. Even though the hospital denied the gross violations of human rights, several measures were taken to eliminate the reported practices.

Diplomatic support of the minority rights: diplomats in Slovakia stand behind LGBTQI+ community

Following the recent Rainbow Pride marches that took place in June and July, 35 embassies in Slovakia supported LGBTQI+ rights. Diplomats signed the document that reaffirms the commitment to protect and defend human rights and fundamental freedoms of all. The initiative for LGBTQI+ rights has also been supported by the Slovak president Zuzana Čaputová, several ministers and MPs. At the 12th annual Rainbow Pride, attention was drawn to promoting equal employment opportunities and community inclusion in the corporate sector. The next Rainbow festival in support of LGBTQI+ rights will take place on 27 August in Košice.

The nongovernmental organization Consultancy for Civil and Human Rights (CCHR) delivered a report to the United Nations Committee on the Elimination of Racial Discrimination.  The organization pointed out the persistent discrimination against the Roman minority in Slovakia. The report outlines barriers in access to judicial procedures, persistent segregation, humiliation, and discriminatory treatment. CCHR also recommended how the situation of Roma could be improved.